What is Bikers Against Child Abuse (BACA) Inc?

Bikers Against Child Abuse, Inc. (BACA) is a non-profit association that exists to provide help, comfort, safety and support to minors who have been sexually, physically and psychologically abused. We strongly believe in the principle that one of the fundamental rights of the child is safety and protection and when the child’s family or the environment in which they are placed are unable to provide this, we are ready to provide it.

Why is BACA needed?

BACA was founded by an Authorized Social Worker, Developmental Psychologist / Psychotherapist, who has taught at Brigham Young University for seventeen years. He has practiced for over twenty years, most of which he spent on treating abused children. His experience made him fully aware that while the system was able to offer much respect to the child’s care, there were gaps that needed to be filled.

The main shortcomings were two: to provide safety for the child and to provide funds for their treatments. Despite the court’s involvement in protecting the child from further abuse by issuing restrictive measures and removing the abusers from the neighborhood, the abusers continued to have the opportunity to approach and injure the child. It would have been naive and unreal to believe that law enforcement could protect these minors from their abusers on an ongoing basis. In addition, many abused minors did not qualify for access to funds dedicated to treatment, as their cases did not meet the minimum evidence criteria, and the cases were closed. While it could have been clinically found that a minor had been abused, this could not be considered suitable to enjoy the benefits of the therapies for the mere fact of being too scared to provide the necessary evidence to be able to reach a conviction. He noted that children who felt safe were more inclined to tell the truth since the threats made by their abusers were neutralized by the presence of dedicated bikers who had become part of that child’s world

In addition to becoming a presence in the life of the injured minor, BACA also takes care of him by participating in court hearings and protected listening, accompanying him to school or running errands if necessary, and ensuring his presence in many other ways to make sure that child is free from fear and can recover age-appropriate behavior.

One of the main benefits of BACA, specific in its uniqueness, is the biker sense of family. Bikers are a strongly united group. The values ​​of brotherhood and family are not only a way of life, but a model of life. One for all and all for one, it is not just a motto, it is our reality. Minors have an unconditional sense of honesty and truth. The child can understand when he is being lied to or deceived. When a large group of bikers arrive by motorbike at the home of a minor to support and honor him, and the bikers tell that minor that he / she will no longer need to be afraid because those bikers are there and there will be at any cost, the minor feels the security given by the brotherhood. The minor understands that the abuser is a coward who rages on those who are weaker and unaided.

In agreement with the founder of BACA, and Rockit, International Head of the BACA brand and creator of the original BACA patch, the meaning of the various parts is: 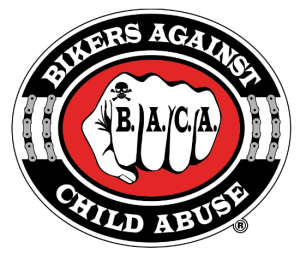 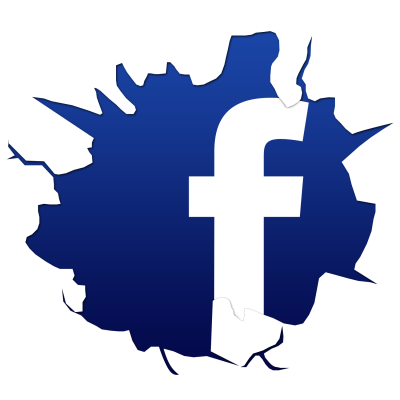